John Stuart Mill (1806–1873) was a seminal English political philosopher and author of a very famous essay: “On Liberty,” which defined the limits of state involvement in human liberty. He was also a utilitarian philosopher and advocate of women’s rights.

❝
Pleasure and freedom from pain, are the only things desirable as ends.
❞
— John Stuart Mill 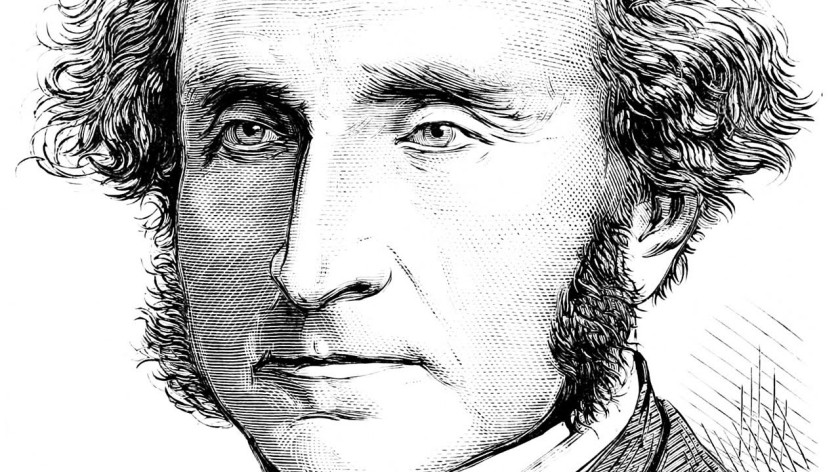 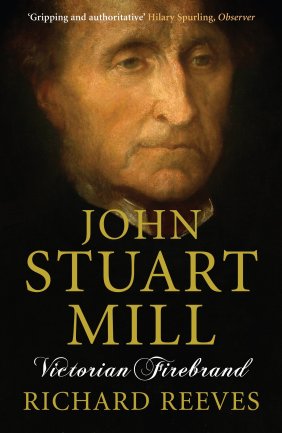 Mill is considered a linchpin of modern social and political theory. He contributed a critical body of work to the school of thought called liberalism, an ideology founding on the extension of individual liberties and economic freedoms. As such, Mill himself advocated strongly for the preserving of individual rights and called for limitations to the power and authority of the state over the individual. Mill was also a proponent of utilitarianism, which holds that the best action is one that maximizes utility, or stated more simply, one that provide the greatest benefit to all. This and other ideas found in Mill’s works have been essential to providing rhetorical basis for social justice, anti-poverty, and human rights movements. For his own part, as a member of Parliament, Mill became the first office-holding Briton to advocate for the right of women to vote.

Mill’s view on liberty, which was influenced by Joseph Priestley and Josiah Warren, is that the individual ought to be free to do as she/he wishes unless she/he harms others. Individuals are rational enough to make decisions about their well being. Government should interfere when it is for the protection of society. Mill explained:

“”The sole end for which mankind are warranted, individually or collectively, in interfering with the liberty of action of any of their number, is self-protection. That the only purpose for which power can be rightfully exercised over any member of a civilized community, against his will, is to prevent harm to others. His own good, either physical or moral, is not sufficient warrant. He cannot rightfully be compelled to do or forbear because it will be better for him to do so, because it will make him happier, because, in the opinion of others, to do so would be wise, or even right … The only part of the conduct of anyone, for which he is amenable to society, is that which concerns others. In the part which merely concerns him, his independence is, of right, absolute. Over himself, over his own body and mind, the individual is sovereign.””

As stated above, he was an advocate of freedom of speech and objected strongly to censorship:

I choose, by preference the cases which are least favourable to me — In which the argument opposing freedom of opinion, both on truth and that of utility, is considered the strongest. Let the opinions impugned be the belief of God and in a future state, or any of the commonly received doctrines of morality … But I must be permitted to observe that it is not the feeling sure of a doctrine (be it what it may) which I call an assumption of infallibility. It is the undertaking to decide that question for others, without allowing them to hear what can be said on the contrary side. And I denounce and reprobate this pretension not the less if it is put forth on the side of my most solemn convictions. However positive anyone’s persuasion may be, not only of the faculty but of the pernicious consequences, but (to adopt expressions which I altogether condemn) the immorality and impiety of opinion. – yet if, in pursuance of that private judgement, though backed by the public judgement of his country or contemporaries, he prevents the opinion from being heard in its defence, he assumes infallibility. And so far from the assumption being less objectionable or less dangerous because the opinion is called immoral or impious, this is the case of all others in which it is most fatal.

Mill outlines the benefits of ‘searching for and discovering the truth’ as a way to further knowledge. He argued that even if an opinion is false, the truth can be better understood by refuting the error. And as most opinions are neither completely true nor completely false, he points out that allowing free expression allows the airing of competing views as a way to preserve partial truth in various opinions. Worried about minority views being suppressed, Mill also argued in support of freedom of speech on political grounds, stating that it is a critical component for a representative government to have in order to empower debate over public policy. Mill also eloquently argued that freedom of expression allows for personal growth and self-realization. He said that freedom of speech was a vital way to develop talents and realise a person’s potential and creativity. He repeatedly said that eccentricity was preferable to uniformity and stagnation

❝
Under whatever conditions, and within whatever limits, men are admitted to the suffrage, there is not a shadow of justification for not admitting women under the same.
❞

Pleasure and freedom from pain, are the only things desirable as ends.

A person may cause evil to others not only by his actions but by his inaction, and in either case he is justly accountable to them for the injury.

Under whatever conditions, and within whatever limits, men are admitted to the suffrage, there is not a shadow of justification for not admitting women under the same.