Joseph Conrad (1857–1924) is regarded as one of the greatest novelists to write in the English language.Conrad is considered an early modernist, though his works contain elements of 19th-century realism.

Conrad’s narrative style and anti-heroic characters (think of the Captain in the Secret Sharer for an instance) have influenced many subsequent authors. Numerous literary critics have noted that his fictional works, written largely in the first two decades of the 20th c., seem to have anticipated later world events. 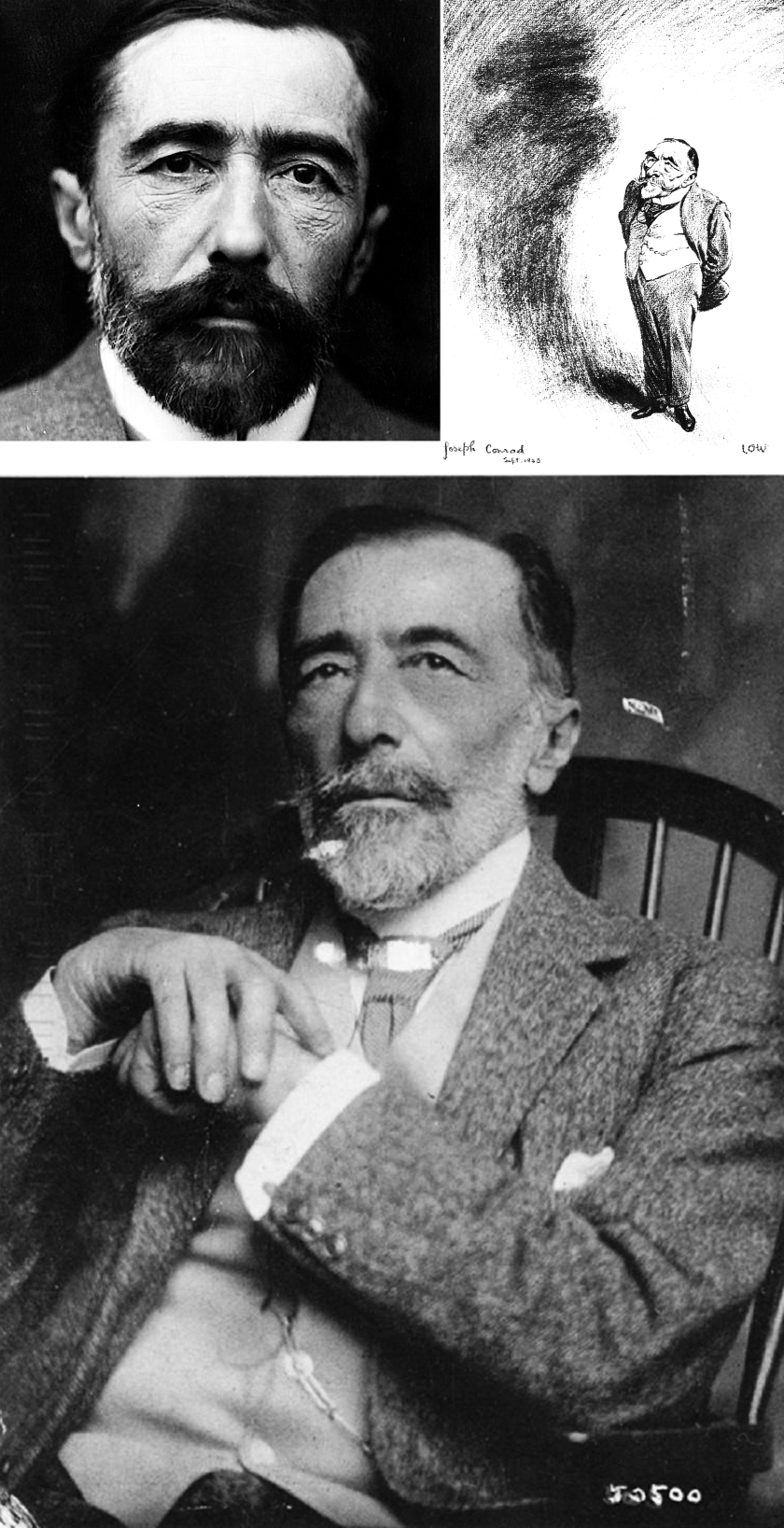 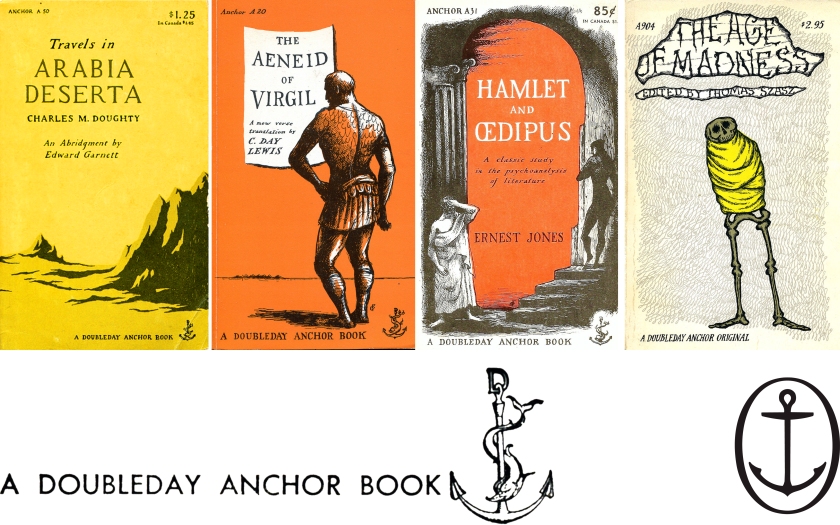 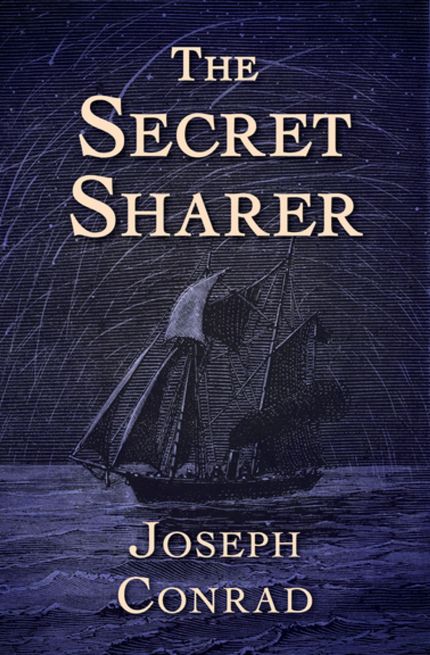 The Secret Sharer — Conrad & the sea 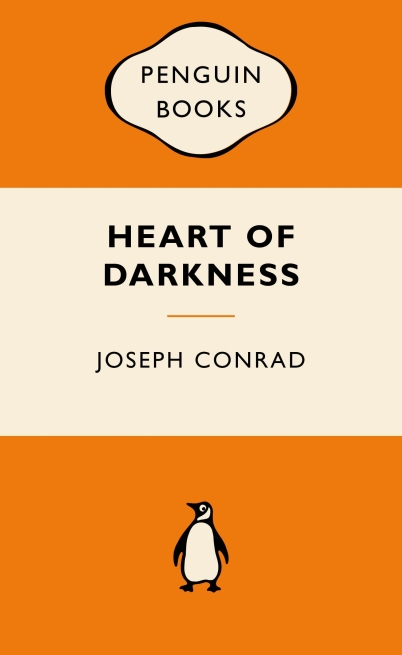 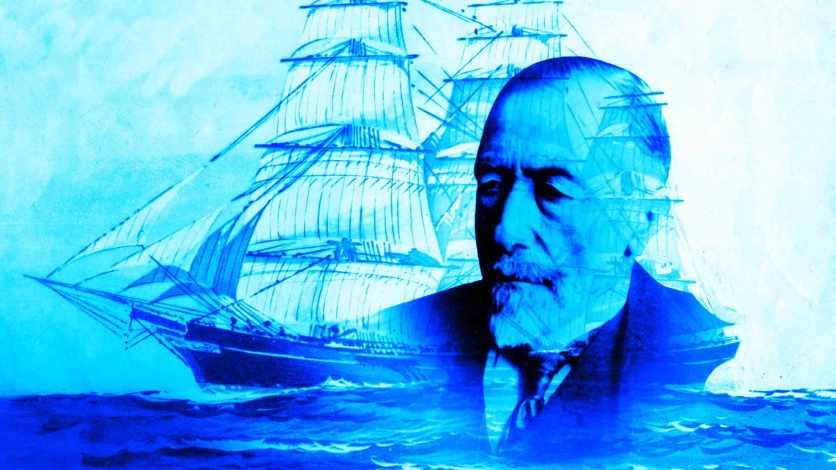 An Artistic Montage Of Joseph Conrad With A Ship

📙 The Heart of Darkness

The Heart of Darkness is by Joesph Conrad. Conrad one of my all time favourite authors not least because his mother tongue wasn’t English, he loved the sea and he wrote so well about the loneliness and torment of the human soul. Some of his stuff, especially The Secret Sharer, speak flipping volumes to those who just cannot, and do not, quite fit in. To those who can’t be ‘just another number,’ weekenders, latter-day talent show and reality TV viewer who today seem content (sedated/duped) with snapping and instagraming and content just to be, not, in other words, to think beyond and ask the question of why… Adam Curtis would explain this by way of his Century of The Self thesis. Never you mind my mercurial friend:

The Secret Sharer is a novella by Joseph Conrad, originally written in 1909 and first published in two parts in the August and September 1910 editions of Harper’s Magazine.

Joseph Conrad places fiction in the schema of *art //

As Maria Popova writes in The Atlantic on the subject of (the increasingly, nowadays, ‘controversial’) Joseph Conrad, “Much of his writing bears a profound philosophical quality, exploring the depths of psychology and other pillars of existence.” In this post I give you some of Conrad’s case for how strings of (“tired old”) words can be construed as a form of fine art. I would personally place literature (not music, as he does) at the pinnacle but, this is me and, I am not he:

A work that aspires, however humbly, to the condition of art should carry its justification in every line. And art itself may be defined as a single-minded attempt to render the highest kind of justice to the visible universe, by bringing to light the truth, manifold and one, underlying its every aspect. It is an attempt to find in its forms, in its colors, in its light, in its shadows, in the aspects of matter and in the facts of life what of each is fundamental, what is enduring and essential—their one illuminating and convincing quality—the very truth of their existence. The artist, then, like the thinker or the scientist, seeks the truth and makes his appeal. Impressed by the aspect of the world the thinker plunges into ideas, the scientist into facts—whence, presently, emerging they make their appeal to those qualities of our being that fit us best for the hazardous enterprise of living. They speak authoritatively to our common-sense, to our intelligence, to our desire of peace or to our desire of unrest; not seldom to our prejudices, sometimes to our fears, often to our egoism—but always to our credulity. And their words are heard with reverence, for their concern is with weighty matters: with the cultivation of our minds and the proper care of our bodies, with the attainment of our ambitions, with the perfection of the means and the glorification of our precious aims. It is otherwise with the artist.

Fiction—if it at all aspires to be art—appeals to temperament. And in truth it must be, like painting, like music, like all art, the appeal of one temperament to all the other innumerable temperaments whose subtle and resistless power endows passing events with their true meaning, and creates the moral, the emotional atmosphere of the place and time. Such an appeal to be effective must be an impression conveyed through the senses; and, in fact, it cannot be made in any other way, because temperament, whether individual or collective, is not amenable to persuasion. All art, therefore, appeals primarily to the senses, and the artistic aim when expressing itself in written words must also make its appeal through the senses, if its high desire is to reach the secret spring of responsive emotions. It must strenuously aspire to the plasticity of sculpture, to the color of painting, and to the magic suggestiveness of music—which is the art of arts. And it is only through complete, unswerving devotion to the perfect blending of form and substance; it is only through an unremitting never-discouraged care for the shape and ring of sentences that an approach can be made to plasticity, to color, and that the light of magic suggestiveness may be brought to play for an evanescent instant over the commonplace surface of words: of the old, old words, worn thin, defaced by ages of careless usage.

The sincere endeavor to accomplish that creative task, to go as far on that road as his strength will carry him, to go undeterred by faltering, weariness or reproach, is the only valid justification for the worker in prose. And if his conscience is clear, his answer to those who in the fullness of a wisdom which looks for immediate profit, demand specifically to be edified, consoled, amused; who demand to be promptly improved, or encouraged, or frightened, or shocked, or charmed, must run thus: My task which I am trying to achieve is, by the power of the written word to make you hear, to make you feel—it is, before all, to make you see. That—and no more, and it is everything. If I succeed, you shall find there according to your deserts: encouragement, consolation, fear, charm—all you demand—and, perhaps, also that glimpse of truth for which you have forgotten to ask.

Sometimes, stretched at ease in the shade of a roadside tree, we watch the motions of a labourer in a distant field, and after a time, begin to wonder languidly as to what the fellow may be at. We watch the movements of his body, the waving of his arms, we see him bend down, stand up, hesitate, begin again. It may add to the charm of an idle hour to be told the purpose of his exertions. If we know he is trying to lift a stone, to dig a ditch, to uproot a stump, we look with a more real interest at his efforts; we are disposed to condone the jar of his agitation upon the restfulness of the landscape; and even, if in a brotherly frame of mind, we may bring ourselves to forgive his failure. We understood his object, and, after all, the fellow has tried, and perhaps he had not the strength—and perhaps he had not the knowledge. We forgive, go on our way—and forget. And so it is with the workman of art. Art is long and life is short, and success is very far off. And thus, doubtful of strength to travel so far, we talk a little about the aim—the aim of art, which, like life itself, is inspiring, difficult—obscured by mists. It is not in the clear logic of a triumphant conclusion; it is not in the unveiling of one of those heartless secrets which are called the Laws of Nature. It is not less great, but only more difficult.

To arrest, for the space of a breath, the hands busy about the work of the earth, and compel men entranced by the sight of distant goals to glance for a moment at the surrounding vision of form and color, of sunshine and shadows; to make them pause for a look, for a sigh, for a smile—such is the aim, difficult and evanescent, and reserved only for a few to achieve. But sometimes, by the deserving and the fortunate, even that task is accomplished. And when it is accomplished—behold!—all the truth of life is there: a moment of vision, a sigh, a smile—and the return to an eternal rest. 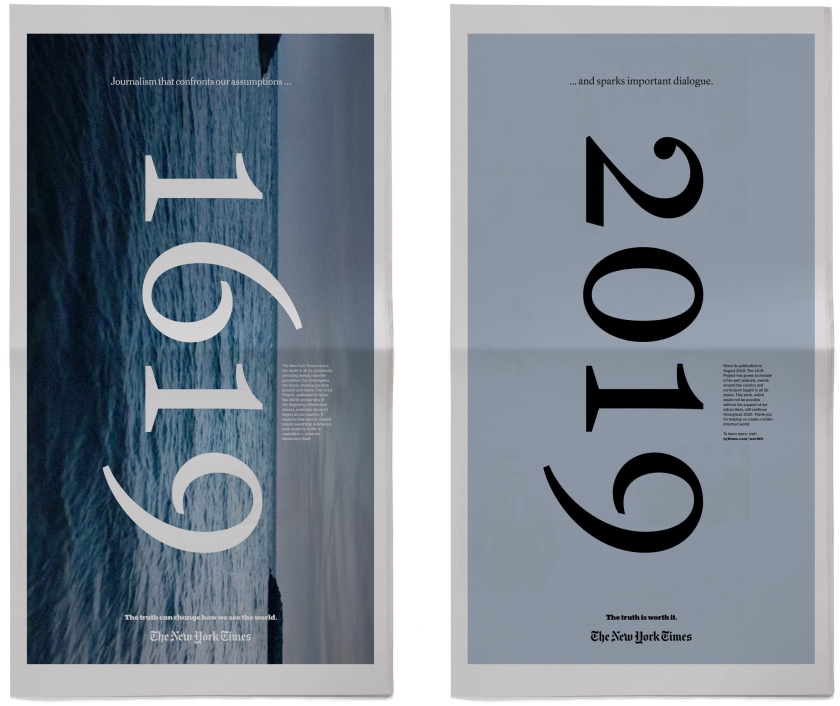 Lest we forget or indeed, in case we aren’t yet fully au fait, you may like to listen to or download even, the “1619 Project” podcasts.