What worries you, masters you.

John Locke (1632–1704)was an English philosopher and physician, widely regarded as one of the most influential of Enlightenment thinkers and commonly known as the “Father of Liberalism”. He is credited with ideas, such as the social contract – the idea government needs to be with the consent of the governed. Locke also argued for liberty, religious tolerance and rights to life and property.

It is said that John Locke is one of the most important thinkers of modern politics is the most directly responsible for Thomas Jefferson’s rhetoric in the Declaration of Independence, and the rhetoric in the U. S. Constitution. Locke is referred to as the “Father of Liberalism,” because of his development of the principles of humanism and individual freedom, founded primarily by #1. It is said that liberalism proper, the belief in equal rights under the law, begins with Locke. He penned the phrase “government with the consent of the governed.” His three “natural rights,” that is, rights innate to all human beings, were and remain “life, liberty, and estate.”

The reason why men enter into society is the preservation of their property.

I have always thought the actions of men the best interpreters of their thoughts. 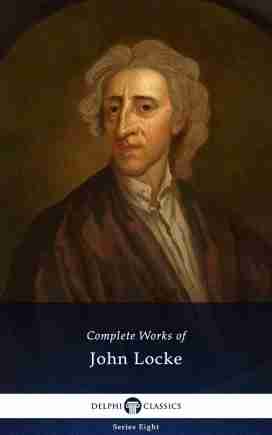 All wealth is the product of labor.

Every [hu]man has a property in [their] own person. This nobody has a right to, but [them]self

He did not approve of the European idea of nobility enabling some to acquire land through lineage, while the poor remained poor. Locke is the man responsible, through Jefferson primarily, for the absence of nobility in America. Although nobility and birthrights still exist in Europe, especially among the few kings and queens left, the practice has all but vanished. The true democratic ideal did not arrive in the modern world until Locke’s liberal theory was taken up.

John Locke was a prominent thinker during the Enlightenment period. Part of the movement of British Empiricism alongside fellow countrymen David Hume, Thomas Hobbes, and Sir Francis Bacon, Locke is regarded as an important contributor to the development of the social contract theory and is sometimes identified as the father of liberalism. Indeed, his discourses on identity, the self, and the impact of sensory experience would be essential revelations to many Enlightenment thinkers and, consequently, to real revolutionaries. His philosophy is said to have figured prominently into the formulation of the Declaration of Independence that initiated America’s war for independence from the British.