John Steinbeck was the third of four children and the only son born to John Ernst — a school teacher — and Olive Hamilton Steinbeck. Steinbeck won the 1962 Nobel Prize in Literature “for his realistic and imaginative writings, combining as they do sympathetic humour and keen social perception.”

The Grapes of Wrath (1939) won the Pulitzer Prize and is considered Steinbeck’s masterpiece. It is now firmly part of the American literary canon; in the first 75 years of its publication, it has sold at least 15 million copies (and god knows how many copies have been loaned from libraries and downloaded as free PDFs). 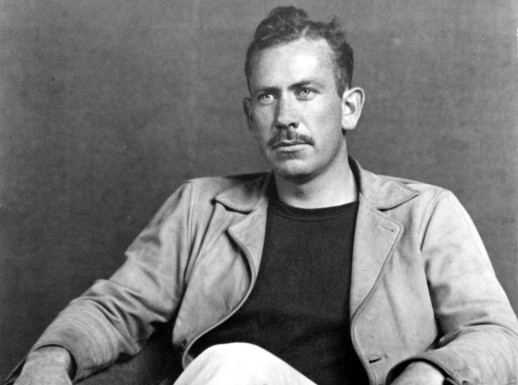 Man is the only kind of varmint who sets his own trap, baits it, then steps on it.

No one wants advice – only corroboration.

In utter loneliness a writer tries to explain the inexplicable.

John Steinbeck’s “Of Mice and Men”

Source: Sparknotes. (2010). Of Mice and Men. Retrieved from http://www.sparknotes.com/lit/micemen/

My imagination will get me a passport to hell one day.