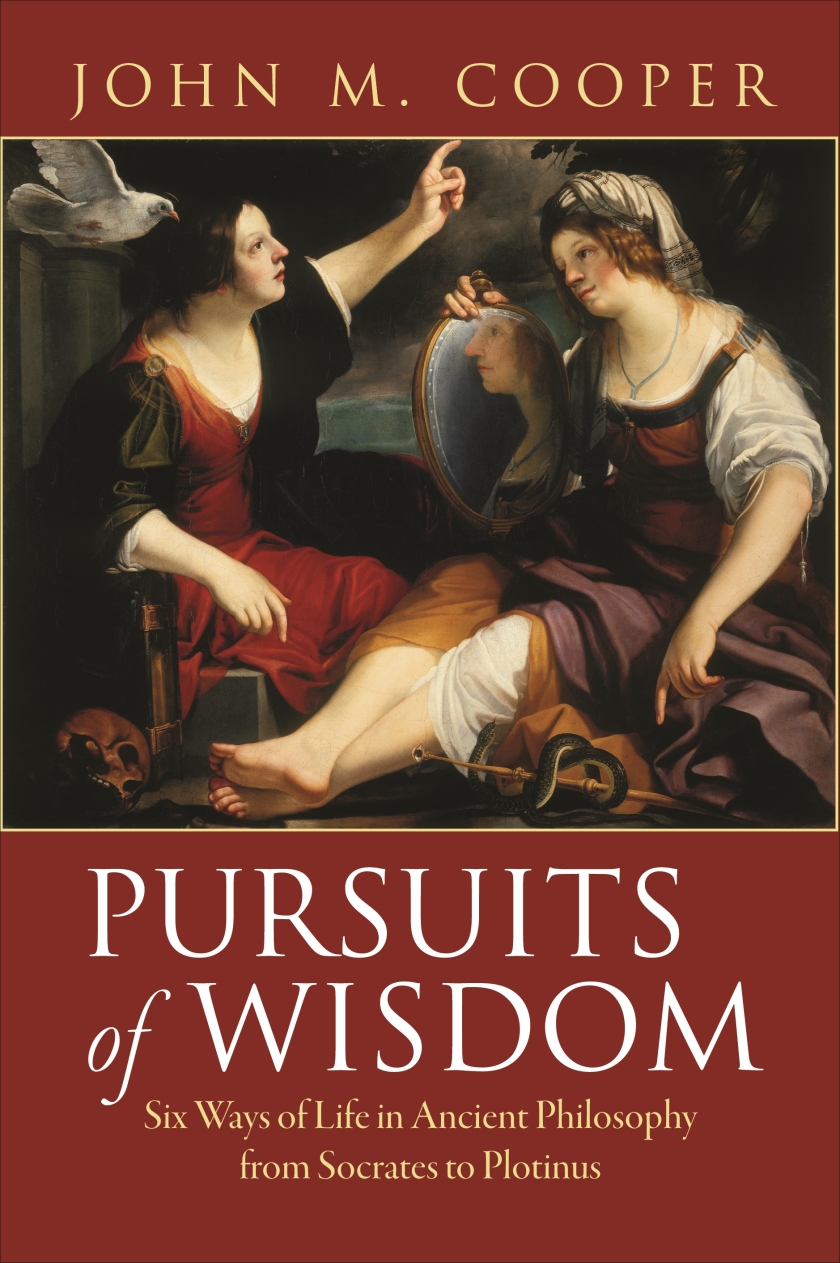 Reviews of the work

Our Debt to the Greeks
By Brendan Boyle, Wall Street Journal (2012)

“Vain is the word of that philosopher which does not heal any suffering of man.” By the lights of this maxim, taken from the fourth-century B.C. Greek philosopher Epicurus, contemporary philosophy looks awfully vain. Upon opening the field’s most prestigious journal, one finds little that looks capable of healing and much that promises the opposite: an article titled “On the Supposed Inconceivability of Absent Qualia Functional Duplicates”; another that defends the “applicability of Bayesian confirmation theory to the Everett interpretation of quantum mechanics.” Epicurus, by contrast, taught his followers how to eliminate anxiety and irrational desires in order to lead a life of happiness.

Critiques of philosophy’s obscurity, though as old as Epicurus, have become especially pitched of late. So much so, in fact, that the University of Liverpool offers a degree not only in “philosophy” but also in “philosophy as a way of life.” Students will presumably not spend their time investigating “absent qualia functional duplicates” but, like Socrates, studying how best to care for the soul.

They might also learn that it is Christianity that is to blame for ending philosophy understood as a way of life. Christianity crowned theology the queen of the arts and reduced philosophy to her helpmate. The discipline’s sequestration was only confirmed when philosophy moved from the real Gothic arches of medieval cathedrals to the neo-Gothic towers of the modern university.

This declinist account is associated with the French philosopher Pierre Hadot (1922-2010), to whom John Cooper’s elegant “Pursuits of Wisdom: Six Ways of Life in Ancient Philosophy From Socrates to Plotinus” owes a significant—and acknowledged—debt. In Mr. Cooper’s telling, even ethics has largely lost a robust connection to human life, becoming a cramped examination of permissible and nonpermissible actions: Can I flip this switch to redirect the careening trolley? Can I push the fat man off the boat to save the children? Ancient ethical works, by contrast, offered guidance as to “the whole of human life, not just to questions of right or wrong action.”

“Ethics” comes from the Greek word for “character,” and Mr. Cooper’s central figures—Socrates, Aristotle, the Stoics, the Epicureans, the Skeptics and Plotinus—make that connection vivid. Their works aim to fashion readers into certain sorts of people. Of course, this means doing certain acts and refraining from others, but in the first instance it involves cultivating the virtues—courage, temperance and justice, to name but three—that make for the best, and happiest, human life.

These virtues are nothing, however, when not steered by reason. Though the six “ways of life” that Mr. Cooper traces differ markedly, they all share a commitment to a life with reason at the helm: “For them, philosophy is nothing more . . . than the art . . . that develops and perfects the human capacity of reason.” Only when one has a “completely grounded philosophical understanding of the full truth about how to live” can one lead the “finally and fully satisfactory life for a human being.” For Socrates, these final truths were ever elusive, though intimations came from “constantly and ceaselessly” engaging others in philosophical conversation; for the Platonists of Late Antiquity, by contrast, not only were the basic metaphysical truths of human life available; we could do nothing better than contemplate them without interruption.

Mr. Cooper offers several useful corrections to Hadot’s moving story of a discipline that lost its way. In “What Is Ancient Philosophy?” (1995) and other works, Hadot argued that nearly all ancient philosophy should be understood not as investigations of theoretical claims but as “spiritual exercises” not unlike those developed by St. Ignatius of Loyola, the 16th-century Spanish nobleman-warrior turned mystic. His regimen of fasting and meditation was intended to prepare the penitent to meet God; correct belief mattered less than purity of soul. But Mr. Cooper rightly notes that this comparison is rather hasty. Not only are the spiritual exercises recommended by ancient philosophers very unlike Ignatius’s; they are themselves a rather late development in the history of philosophy, first appearing in the works of the first-century A.D. philosopher and statesman Seneca.

Beyond such local corrections, however, Mr. Cooper’s book proves to be an antidote to the rosy nostalgia that poisons stories about what philosophy was and what it has become. This book is hard going. And for good reason. Ancient philosophy, however much it was focused on living well, had more than its share of theoretical thickets. Accounts of the best human life were embedded in a complex, comprehensive account of the natural world and the divine. The allure of the slogan “philosophy as a way of life” can belie the densely technical system holding everything in place. The Stoics, for example, identified “living in accordance with the virtues” as the goal of a human life. Sounds straightforward enough—except that it involves thinking the same thoughts as the “world-mind,” whatever that is. The ancients, it turns out, had their own “absent qualia functional duplicates.”

Epicurus would be right to scoff at much of what nowadays passes for philosophy. But reductive stories about the ancients tend to ignore just how much excellent contemporary work asks—and answers—questions that would be right at home in an ancient symposium. Unlike in the natural sciences, the central questions in philosophy are pretty much the same as they ever were: What should I believe? How should I live? Mr. Cooper’s book lucidly presents six appealing answers to those questions. But attractive as they are, they cannot be anything more than inspiration for our own continuing efforts to identify what matters most in life and why.

— Mr. Boyle teaches in the Classics Department at the University of North Carolina, Chapel Hill.