Plato (c.428 – c.348 BC) was a key Greek philosopher. A student of Socrates, Plato founded the Academy in Athens – one of the earliest seats of learning. His writings, such as “The Republic” form a basis of early Western philosophy (he also wrote on religion, politics and mathematics).

And he did say:

Only the dead have seen the end of war.

Be kind, for everyone you meet is fighting a hard battle.

The measure of a man is what he does with power.

Nothing is enough for the man to whom enough is too little. 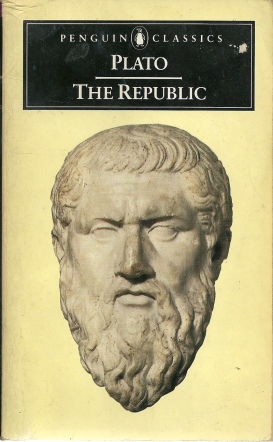 Not what we have But what we enjoy, constitutes our abundance. 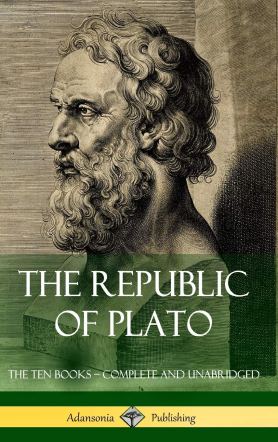 Of all the things which wisdom provides to make us entirely happy, much the greatest is the possession of friendship.

Love is a serious mental disease.

You can discover more about a person in an hour of play than in a year of conversation.

At the touch of love everyone becomes a poet.

Plato (/ˈpleɪtoʊ/; PLAY-toe[2] Greek: Πλάτων Plátōn, pronounced [plá.tɔːn] in Classical Attic; 428/427 or 424/423 – 348/347 BC) was an Athenian philosopher during the Classical period in Ancient Greece, founder of the Platonist school of thought, and the Academy, the first institution of higher learning in the Western world.

He is widely considered the pivotal figure in the history of Ancient Greek and Western philosophy, along with his teacher, Socrates, and his most famous student, Aristotle.[a] Plato has also often been cited as one of the founders of Western religion and spirituality.[4] The so-called Neoplatonism of philosophers like Plotinus and Porphyry influenced Saint Augustine and thus Christianity. Alfred North Whitehead once noted: “the safest general characterization of the European philosophical tradition is that it consists of a series of footnotes to Plato.”[5]

Plato was the innovator of the written dialogue and dialectic forms in philosophy. Plato is also considered the founder of Western political philosophy. His most famous contribution is the theory of Forms known by pure reason, in which Plato presents a solution to the problem of universals known as Platonism (also ambiguously called either Platonic realism or Platonic idealism). He is also the namesake of Platonic love and the Platonic solids.

One of the penalties for refusing to participate in politics is that you end up being governed by your inferiors.

Plato was the prime pupil of Socrates, and in fact, a lot of what Socrates is said to have written may belong to Plato. He was a rational philosopher or rather a priori, which means you try to work out knowledge logically, you don’t gain it from your senses. Plato founded the Platonic Academy, the oldest institutional school of philosophy in Greece, from which Platonism spread through the ancient world.
Socrates (c. 469 – 399 BC)
Plato lived from c. 428 to c. 348 BC, and founded the Western world’s first school of higher education, the Academy of Athens. Almost all of Western philosophy can be traced back to Plato, who was taught by Socrates, and preserved through his own writings, some of Socrates’s ideas. If Socrates wrote anything down, it has not survived directly. Plato and Xenophon, another of his students, recounted a lot of his teachings, as did the playwright Aristophanes.

One of Plato’s most famous quotations concerns politics, “Until philosophers rule as kings or those who are now called kings and leading men genuinely and adequately philosophize, that is, until political power and philosophy entirely coincide, while the many natures who at present pursue either one exclusively are forcibly prevented from doing so, cities will have no rest from evils…nor, I think, will the human race.” What he means is that any person(s) in control of a nation or city or city-state must be wise, and that if they are not, then they are ineffectual rulers. It is only through philosophy that the world can be free of evils. Plato’s preferred government was one of benevolent aristrocrats, those born of nobility, who are well educated and good, who help the common people to live better lives. He argued against democracy proper, rule by the people themselves, since in his view, a democracy had murdered his teacher, Socrates.

Plato’s most enduring theory, if not his political theories, is that of “The Forms.” Plato wrote about these forms throughout many of his works, and asserted, by means of them, that immaterial abstractions possess the highest, most fundamental kind of reality. All things of the material world can change, and our perception of them also, which means that the reality of the material world is weaker, less defined than that of the immaterial abstractions. Plato argued that something must have created the Universe. Whatever it is, the Universe is its offspring, and we, living on Earth, our bodies and everything that we see and hear and touch around us, are less real than the creator of the Universe, and the Universe itself. This is a foundation on which #4 based his understanding of existentialism.

It may be said that Plato did nothing less than found the first institution of higher learning in the Western World, establishing the Academy of Athens and cementing his own status as the most important figure in the development of western philosophical tradition. As the pupil of Socrates and the mentor to Aristotle, Plato is the connecting figure in what might be termed the great triumvirate of Greek thought in both philosophy and science.

A quote by British philosopher Alfred North Whitehead sums up the enormity of his influence:

Indeed, it could be argued that Plato founded political philosophy, introducing both the dialectic and dialogic forms of writing as ways to explore various areas of thought. (Often, in his dialogues, he employed his mentor Socrates as the vessel for his own thoughts and ideas.) While he was not the first individual to partake of the activity of philosophy, he was perhaps the first to truly define what it meant, to articulate its purpose, and to reveal how it could be applied with scientific rigor. This orientation provided a newly concreted framework for considering questions of ethics, politics, knowledge, and theology. Such is to say that it is nearly impossible to sum up the impact of Plato’s ideas on science, ethics, mathematics, or the evolution of thought itself other than to say it has been total, permeating, and inexorable from the tradition of rigorous thinking itself.