Proust was a French critic, and essayist who is now best known for his monumental novel: In Search of Lost Time (sometimes known as: Remembrance of Things Past). This was published in seven parts between 1913 and 1927. Today, Proust is considered by critics and writers — e.g., Melvin Bragg and guests — to have been one of the most influential authors of the 20th c.

Love is a striking example of how little reality means to us.

Nostalgia… do you want to be dragged there? Then read on.

Happiness is beneficial for the body, but it is grief that develops the powers of the mind.

As Proust saw it:

The real voyage of discovery consists not in seeking new lands but seeing with new eyes.

In Search of Lost Time — a novel of over 4,000 pages — is considered by many to be the definitive modern novel. This is not least because it has influenced directly and indirectly generations of writers, in 1922 Virginia Woolf said, “Oh if I could write like that!” Vladimir Nabokov — author of Lolita and himself considered one of Europe’s most talented writers of prose — said in a 1965 interview, that the greatest prose works of the 20th c. were “Joyce’s Ulysses, Kafka’s The Metamorphosis, Bely’s Petersburg (see Endnotes), and the first half In Search of Lost Time.”

Lost in Time isn’t exactly easy reading but somehow you can get carried along by them if you can allow yourself to fall int the flow or, you can begin by listening to it in this ten part, ten hour BBC dramatisation:


In Search of Lost Time, is compiled in a number of volumes:

And has been republished a great many times… 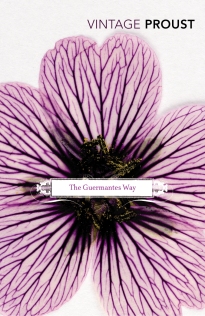 To somehow summarise the work, many describe it as something of a fictional autobiography by a man whose life almost mirrors that of Marcel Proust. The first forty pages of the novel describe the narrator as a young boy in bed awaiting, and as a middle-aged man remembering, his mother’s goodnight kiss. Though it is not obvious to the reader at the time, these first forty pages also establish most of the themes of the next seven volumes and introduce most of the major characters. The rest of the novel traces the chronology of Marcel’s life over the next fifty years and the lives of his family, friends, and social acquaintances. The novel concludes at a grand party in Paris attended by Marcel and most of the remaining characters.

Because the story is told with two “voices,” that of the narrator as a young boy and also as an older man recalling his youth, it is sometimes difficult to tell Marcel’s age at any particular moment in the novel. The reader must rely on the context of the action.

Two of the novel’s major themes concern Marcel’s frustrated desire to become a writer and his despair at the corroding effect of Time, which makes all human feelings and experiences fade into nothing.

Unhappy love affairs are a leitmotif of the novel.

The best known is that of Charles Swann, which could act as a template for all the rest and is described in “Swann in Love.” The tension and swing of power between lovers and the inevitable disappointment when we achieve the object of our desires is a constant theme throughout the book. (Swann’s love for and pursuit of Odette takes him from the pinnacle ofsmart society to the depths ofsocial rejection and eventual oblivion.)

the futility of trying to possess or even understand another person

Love is a metaphor for all human experience. According to Proust:

all man’s suffering is caused by his desires [and] achieving those desires only increases the suffering. 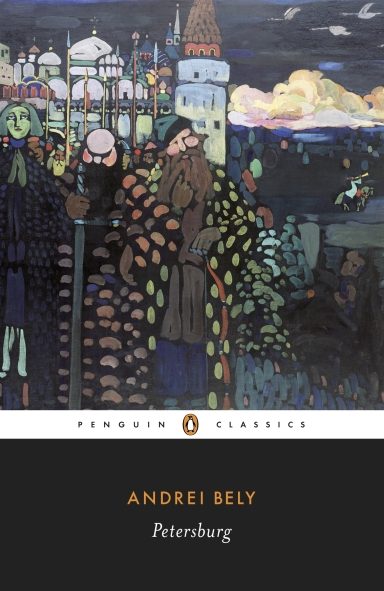 Petersburg, ‘The one novel that sums up the whole of Russia’ — Anthony Burgess

Andrei Bely (1880-1934) was educated at Moscow University where he studied science and philosophy, before turning his focus to literature. In 1904 he published his first collection of poems, Gold in Azure. Petersburg, was published in 1916.

Petersburg is Bely’s masterpiece and it is generally considered to be a vivid, striking story. Bely’s richly textured, darkly comic and symbolic novel pulled apart the traditional techniques of storytelling and presaged the dawn of a new form of literature. This book is considered to have heavily influenced several literary schools, most notably Symbolism, and his impact on Russian writing has been compared to that of James Joyce on the English speaking world.

The novel is set at the heart of the 1905 Russian revolution. In the book. a young impressionable university student, Nikolai, becomes involved with a revolutionary terror organization, which plans to assassinate a high government official with a time bomb. But the official is Nikolai’s cold, unyielding father, Apollon, and in twenty-four hours the bomb will explode. Petersburg is a story of suspense, family dysfunction, patricide, conspiracy and revolution. It is also an impressionistic, exhilarating panorama of the city itself, watched over by the bronze statue of Peter the Great, as it tears itself apart.