This anthology — a representative collection of text that comprise the English literature canon — is based upon the one compiled by the venerable Norton publishing house. This page is designed to work in tandem with this site’s Chronology of English literature (which provides a large number of readings rendered as audio files). Together, this anthology and that chronology are designed to accompany the Literary Analysis section of this site (which provides detailed guidance on how to analyse and critique poetry and prose and a comprehensive glossary of all associated terminology etc.).

02. — The 16th century
¶ The Magician, the Heretic, and the Playwright
¶ Renaissance Exploration, Travel, and the World Outside Europe
¶ Dissent, Doubt, and Spiritual Violence in the Reformation
¶ Island Nations

04. — The Restoration and the 18th century
¶ A Day in Eighteenth-Century London
¶ Slavery and the Slave Trade in Britain
¶ The Plurality of Worlds
¶ Travel, Trade, and the Expansion of Empire

↘
📙 Oxford University’s Chronology of English Literature
This chronology has two related columns of information, allowing you to review key works of English literature in relation to their time. One lists the significant literary works published in a given year. The other provides a parallel range of information on ruling monarchs; historical events and, the birth and death dates of key authors, thinkers and painters &c.

📙 The Persistence of English
This is an informative 2013 essay by Geoffrey Nunberg of Stanford University. It considers how the English language is currently at the moment of its greatest triumph — in the sense of it having around 1.5 billion speakers (approximately a quarter of the world’s population).

📙 The Adventure of English
English is understood by around two thousand million people across the world. In this 2006 book, Melvyn Bragg explores the story of the English language — from its beginnings as a minor Germanic dialect to its position today as a truly established global language.

📙 English as a Global Language (2nd ed.)
A factual account of the rise of English as a global language and the whys and wherefores of the history are explored in the 2003 second edition book by David Crystal.

📙 The Poetry Handbook (2nd ed.)
This is the introduction chapter of J. Lenard’s 2006 book as an editable PDF file. As is written, “this book is for anyone who wants to read poetry with a better understanding of its craft and technique.” It also gives guidance on how to analysing poetry. 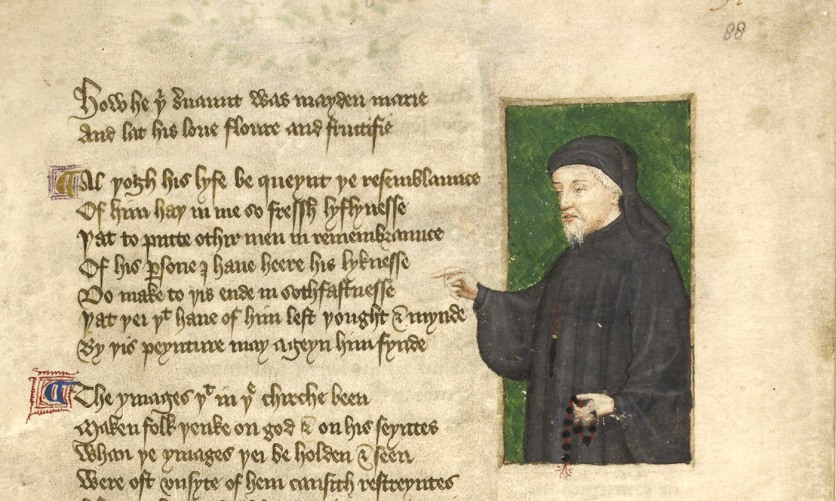 ✎ Editable PDF: MANKIND
Mankind is an English medieval morality play, written c. 1470. The play is a moral allegory about Mankind, a representative of the human race, and follows his fall into sin and his repentance. Its author is unknown; the manuscript is signed by a monk named Hyngham, believed to have transcribed the play. Mankind is unique among moralities for its surprising juxtaposition of serious theological matters and colloquial (sometimes obscene) dialogue.

✎ Editable PDF: THE ANGLO-SAXON CHRONICLE
The Anglo-Saxon Chronicle is a historical record in English, which takes the form of annals—that is, an annual summary of important events.

✎ Editable PDF: THE BATTLE OF MALDON
The Battle of Maldon celebrates an event of the year 991, when a large party of Scandinavian raiders met the English defense forces on the estuary of the Blackwater River (the Pant of the poem), near Maldon in Essex.

✎ Editable PDF: THE BROME PLAY OF ABRAHAM AND ISAAC
The story of Abraham and Isaac as told in Genesis xxii is a very spare account of an incident that appealed greatly to the medieval imagination, which was always stimulated by a situation in which an ideal is upheld at the expense of all normal human values. This all-or-nothing attitude may also be seen in Chaucer’s Franklin’s Tale, where Arveragus delivers his wife to an adulterer in order that she should not be guilty of breaking her word, one’s pledged word being, according to him, the most demanding of human contracts. In the story of Abraham and Isaac, it is obedience to God’s command that a father sacrifice his son that must be carried out.

✎ Editable PDF: WILLIAM CAXTON / Preface to Morte Darthur
William Caxton (c. 1422 – c. 1491) was an English merchant, diplomat, and writer. He is thought to be the first person to introduce a printing press into England, in 1476, and as a printer was the first English retailer of printed books.

Lludd and Lleuelys
The Welsh tale of Lludd and Lleuelys is preserved in a collection of stories contained in two manuscripts, the English titles of which are the White Book of Rhydderch (written c.1300–1325) and the Red Book of Hergest (c.1375–1425). The stories are thought to be much older, some dating back to the latter part of the eleventh century.

MEDIEVAL ATTITUDES TOWARD LIFE ON EARTH
The words with which the Lord God cursed Adam and Eve after their transgression formed, for many articulate men in the Middle Ages, an accurate image of human life: something which was wretched because the Creator had made it so. Such thinkers believed that man had to acknowledge the wretchedness of his life and feel contempt for the world in which he lived in order to attain spiritual salvation.
— Contempt for the World
— Boethius: The Consolation of Philosophy
— Triumph Over the World

The Last Journey
A Change in Perspective

— “Beauty That Must Die”

— POPULAR BALLADS
Ballads are anonymous narrative songs that have been preserved by oral transmission. The origins of the popular (or folk) ballad are much disputed. Though the English ballads were probably composed during the five-hundred-year period from 1200 to 1700, few of them were printed before the eighteenth century and some not until the nineteenth
— Edward
— Hind Horn
— Judas
— Robin Hood and the Three Squires


“The Miller’s Prologue “from The Canterbury Tales, Geoffrey Chaucer, date unknown. — Read by V. A. Kolve.


“The Man of Law’s Epilogue” from The Canterbury Tales, Geoffrey Chaucer, date unknown. — Read by V. A. Kolve.


Chronology of The Middle Ages

— THE DEVELOPMENT OF PROSE STYLE

— A GRACE BEYOND THE REACH OF ART

— THE GENERAL AND THE PARTICULAR

— THE ART OF ROMANTIC POETRY

— THE SATANIC AND BYRONIC HERO