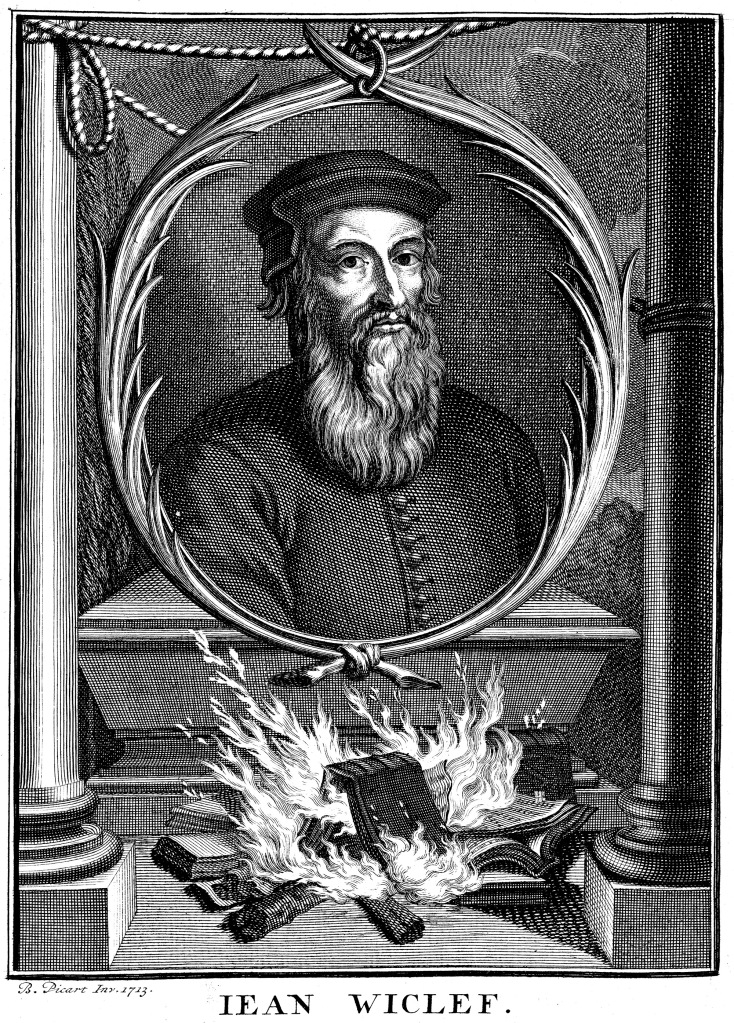 John Wycliffe (c. 1323–1384) was an English scholastic philosopher, theologian and a seminary professor at the University of Oxford. He became an influential dissident within the Roman Catholic priesthood during the 14th century and is considered an important predecessor to Protestantism.

Wycliffe attacked the privileged status of the clergy, which had bolstered their powerful role in England. He then attacked the luxury and pomp of local parishes and their ceremonies.