Betrayal is a constant element in The God of Small Things (1997). Love, ideals, and confidence are all forsaken, consciously and unconsciously, innocently and maliciously, and these deceptions affect all of the characters deeply. 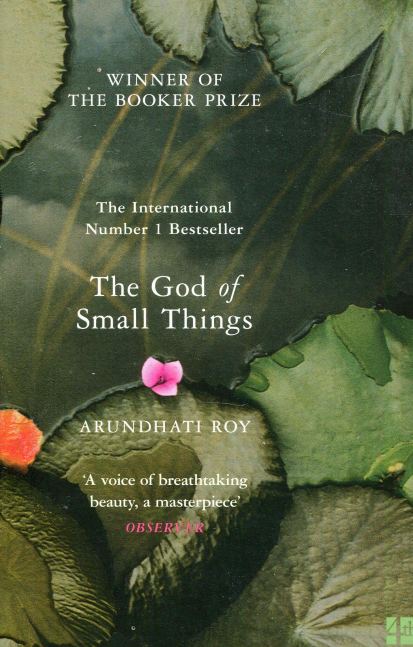 The God of Small Things

The God of Small Things
In line with its title, The God of Small Things explores how the small things affect people’s behaviour and their lives. This book, which is highly worth reading, is Arundhati Roy’s first published novel. It vividly depicts the childhood experiences of fraternal twins whose lives are destroyed by the “Love Laws” that lay down “who should be loved, and how. And how much.”

One interpretation of Roy’s theme of forbidden love is that love is such a powerful and uncontrollable force that it cannot be contained by any conventional social code. We could also assume that conventional society unwittingly or somehow wittingly seeks to destroy real love… in this work (and in so many other books and poems and paintings) love is consistently connected to death, ‘loss’ and sadness.

Roy often denies that she’s been influenced by Salman Rushdie’s prose, yet there is clear evidence that there is some (it is a truism indeed that we are beholden to some degree to the shoulders of yesterday’s people; our predecessors; our parents etc.). One example is the level of foreshadowing that occurs throughout Rushdie’s Midnight’s Children, and like Rushdie (and models Günter Grass and Gabriel García Márquez) uses an incongruous tone to relate to episodes of sadness and tragedy. Rightly so, in my opinion, both Roy and Rushdie clearly make an issue of the problem that the notion of “shame” plays in South Asia and how it all too often stands in the way of love.

The novel received overall positive reviews in the Western press. Time named it one of the best books of the year. It won the Mann Booker Prize in 1997. Funnily enough (in an ironic way because actually, it is far from funny), in India, the book was criticised in particular for its unrestrained description of sexuality. Indeed, E K Nayanar, the then Chief Minister of Kerala (Roy’s home state) obliged her to answer charges of obscenity!