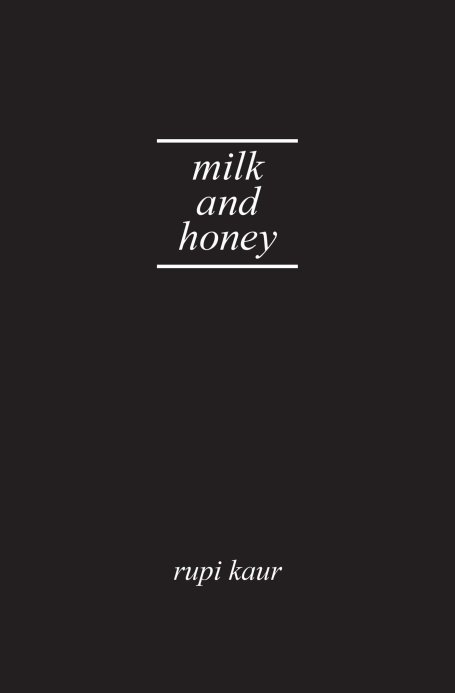 Milk and Honey (2014) is a collection of poetry and prose by Rupi Kaur. It is divided into four chapters, with each chapter serving a different purpose. Violence, abuse, love, loss and femininity are prevalent themes.

Critics have called Kaur’s work instapoetry (“instapoets” are poets who have risen to fame by using social media to leverage their work). It has also been described as easy and simply constructed. However, she has been credited with changing people’s views of poetry, by this simplistic style and telling things as they are. Moreover, and of critical import to the world of poems and poetry, John Maher, of Publishers Weekly, stated that while a 2015 survey reported a drop in poetry reading between 1992 and 2012, poetry sales figures doubled in 2017, in the years after Milk and Honey was published. As of 2019, 2.5 million copies have been sold and it was listed on The New York Times Best Seller list for more than 77 weeks.

people go but how they left always stays

— I am beseeching you.

I shall end with the beginning:

why is it that when the story ends,
we begin to feel all of it