“One Day I Wrote Her Name”

“Vain man,” said she, “that dost in vain assay,
A mortal thing so to immortalize;
For I myself shall like to this decay,
And eke my name be wiped out likewise.”

“Not so,” (quod I) “let baser things devise
To die in dust, but you shall live by fame:
My verse your vertues rare shall eternize,
And in the heavens write your glorious name:

Where whenas death shall all the world subdue,
Our love shall live, and later life renew.” 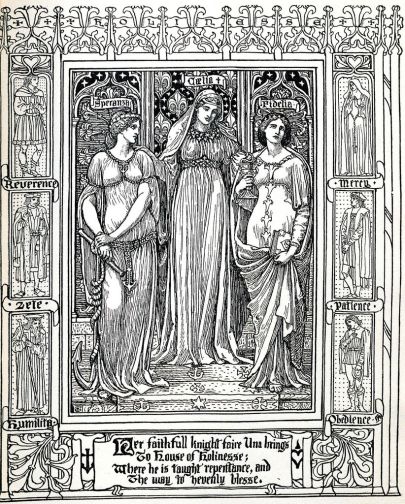