The problem of how to live a life with meaning has puzzled philosophers since the days of ancient Greece, China, and India. Yet, for Nietzsche, the problem took on a new importance in the aftermath of the Enlightenment and what he saw this as resulting in; the death of god.

It is often said that Nietzsche is a nihilist but, it’s not so simple. In fact, much of his work is concerned with the problem of overcoming nihilism despite all the things (life problems) that drive people towards acting in a nihilistic way.

Friedrich Nietzsche: There are no facts, only interpretations.

He who fights with monsters might take care lest he thereby become a monster… if you gaze for long into an abyss, the abyss gazes also into you.

Nietzsche’s was focused on this: in an increasingly secular and scientific society we humans could no longer turn to god/religion to find meaning. In the past (or for religious people today( the meaning of everything was assured by God. So, Nietzsche pondered, without the ability to turn to god, where could we find meaning?

Nietzsche believed that the Christian morality, with its emphasis on kindness, meekness, subservience to a greater good, and a focus on the afterlife rather than the present condition, did not reflect how the world actually works.

Instead of relativism, Nietzsche advocates for something that has been called “perspectivism.” Simply put, perspectivism means that every claim, belief, idea, or philosophy is tied to some perspective and that it’s impossible for humans to detach themselves from these lenses in order to learn about objective Truth.

According to Nietzsche perspectivism isn’t the same as relativism because unlike relativism (which says all views are equally valid because they’re relevant to each person) perspectivism doesn’t claim that all perspectives have equal value — some are in fact better than others. 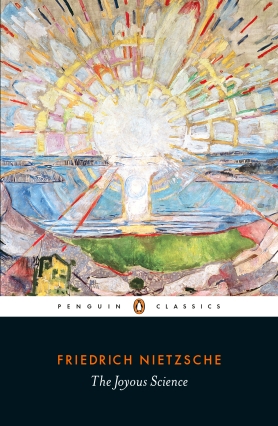 The Joyous Science is a liberating voyage of discovery as Nietzsche’s realization that ‘God is dead’ and his critique of morality, the arts and modernity give way to an exhilarating doctrine of self-emancipation and the concept of eternal recurrence.

In late 1888, only weeks before his final collapse into madness, Nietzsche (1844-1900) set out to compose his autobiography, and Ecce Homo remains one of the most intriguing yet bizarre examples of the genre ever written. In this extraordinary work Nietzsche traces his life, work and development as a philosopher, examines the heroes he has identified with, struggled against and then overcome – Schopenhauer, Wagner, Socrates, Christ – and predicts the cataclysmic impact of his ‘forthcoming revelation of all values’. 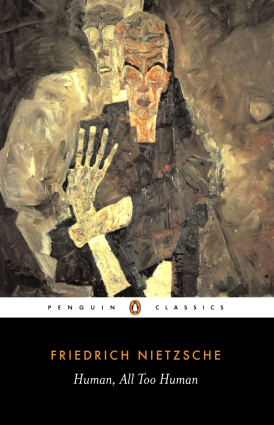 Human, All Too Human (1878) can be read as a monument to his personal crisis. It also marks the point when he matured as a philosopher, rejecting the German romanticism espoused by Wagner and Schopenhauer and instead returning to sources in the French Enlightenment. Here he sets out his unsettling views in a series of 638 stunning aphorisms – assessing subjects ranging from art to arrogance, boredom to passion, science to vanity and women to youth. This work also contains the seeds of concepts crucial to Nietzsche’s later philosophy, such as the will to power and the need to transcend conventional Christian morality. 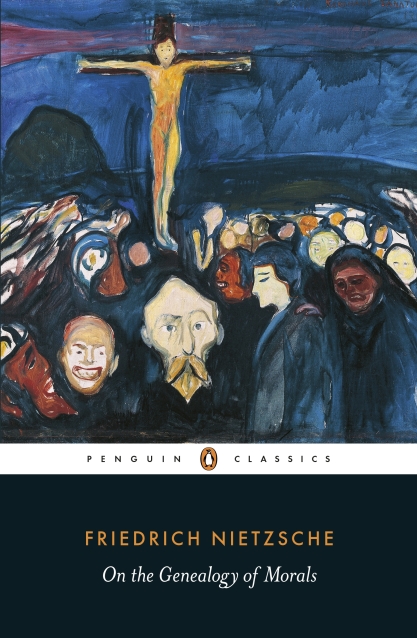 This book better explains the cryptic aphorisms of Beyond Good and Evil and signalling a return to the essay form. In these three essays, Nietzsche considers the development of ideas of ‘good’ and ‘evil’; explores notions of guilt and bad consience; and discusses ascetic ideals and the purpose of the philosopher. Together, they form a coherent and complex discussion of morality in a work that is more accessible than some of Nietzsche’s previous writings.

The Will to Power contains some of Nietzsche’s most fascinating and combative writings on nihilism, metaphysics and the future of Europe.

He who has a why to live can bear almost any how.

— my why is you J and that is how I can bear the now (which basically is hell).