Logic is one of the main branches of philosophy. It is the study of rational argument and inference. Logic is the study of arguments and their properties. It is claimed that it is the methodological core of all intellectual disciplines.

Logic investigates and classifies the structure of statements and arguments, both through the study of formal systems of inference and through the study of arguments in natural language. It deals only with propositions (declarative sentences, used to make an assertion, as opposed to questions, commands or sentences expressing wishes) that are capable of being true and false.

Logic covers core topics such as the study of fallacies and paradoxes, as well as specialized analysis of reasoning using probability and arguments involving causality and argumentation theory. (It is not concerned with the psychological processes connected with thought, or with emotions, images and the like.)

Modern logic descends mainly from the Ancient Greek tradition. Both Plato and Aristotle conceived of logic as the study of argument and from a concern with the correctness of argumentation. Aristotle produced six works on logic, known collectively as the “Organon”, the first of these, the “Prior Analytics”, being the first explicit work in formal logic.

Aristotle espoused two principles of great importance in logic, the Law of Excluded Middle (that every statement is either true or false) and the Law of Non-Contradiction (confusingly, also known as the Law of Contradiction, that no statement is both true and false). He is perhaps most famous for introducing the syllogism (or term logic). His followers, known as the Peripatetics, further refined his work on logic.

In medieval times, Aristotelian logic (or dialectics) was studied, along with grammar and rhetoric, as one of the three main strands of the trivium, the foundation of a medieval liberal arts education.

In the 18th Century, Immanuel Kant argued that logic should be conceived as the science of judgment, so that the valid inferences of logic follow from the structural features of judgments, although he still maintained that Aristotle had essentially said everything there was to say about logic as a discipline.

In the 20th Century, however, the work of Gottlob Frege, Alfred North Whitehead and Bertrand Russell on Symbolic Logic, turned Kant‘s assertion on its head. This new logic, expounded in their joint work “Principia Mathematica”, is much broader in scope than Aristotelian logic, and even contains classical logic within it, albeit as a minor part. It resembles a mathematical calculus and deals with the relations of symbols to each other.

A formal system (also called a logical calculus) is used to derive one expression (conclusion) from one or more other expressions (premises). These premises may be axioms (a self-evident proposition, taken for granted) or theorems (derived using a fixed set of inference rules and axioms, without any additional assumptions).

Formalism is the philosophical theory that formal statements (logical or mathematical) have no intrinsic meaning but that its symbols (which are regarded as physical entities) exhibit a form that has useful applications.

It focuses on the reasoning and argument one finds in personal exchange, advertising, political debate, legal argument, and the social commentary that characterizes newspapers, television, the Internet and other forms of mass media.

Computer science emerged as a discipline in the 1940’s with the work of Alan Turing (1912 – 1954) on the Entscheidungs problem, which followed from the theories of Kurt Gödel (1906 – 1978), particularly his incompleteness theorems. In the 1950s and 1960s, researchers predicted that when human knowledge could be expressed using logic with mathematical notation, it would be possible to create a machine that reasons (or artificial intelligence), although this turned out to be more difficult than expected because of the complexity of human reasoning.

Deductive reasoning concerns what follows necessarily from given premises (i.e. from a general premise to a particular one). An inference is deductively valid if (and only if) there is no possible situation in which all the premises are true and the conclusion false. However, it should be remembered that a false premise can possibly lead to a false conclusion.

Deductive reasoning was developed by Aristotle, Thales, Pythagoras and other Greek philosophers of the Classical Period. At the core of deductive reasoning is the syllogism (also known as term logic),usually attributed to Aristotle), where one proposition (the conclusion) is inferred from two others (the premises), each of which has one term in common with the conclusion. For example:
Major premise: All humans are mortal.
Minor premise: Socrates is human.
Conclusion: Socrates is mortal.
An example of deduction is:
All apples are fruit.
All fruits grow on trees.
Therefore all apples grow on trees.
One might deny the initial premises, and therefore deny the conclusion. But anyone who accepts the premises must accept the conclusion. Today, some academics claim that Aristotle’s system has little more than historical value, being made obsolete by the advent of Predicate Logic and Propositional Logic.

I always hang pictures on nails.
Therefore:
All pictures hang from nails.

Modal Logic is any system of formal logic that attempts to deal with modalities (expressions associated with notions of possibility, probability and necessity). Modal Logic, therefore, deals with terms such as “eventually”, “formerly”, “possibly”, “can”, “could”, “might”, “may”, “must”, etc.
Modalities are ways in which propositions can be true or false. Types of modality include:


Although Aristotle‘s logic is almost entirely concerned with categorical syllogisms, he did anticipate modal logic to some extent, and its connection with potentiality and time. Modern modal logic was founded by Gottlob Frege, although he initially doubted its viability, and it was only later developed by Rudolph Carnap (1891 – 1970), Kurt Gödel (1906 – 1978), C.I. Lewis (1883 – 1964) and then Saul Kripke (1940 – ) who established System K, the form of Modal Logic that most scholars use today).

Propositional Logic (or Sentential Logic) is concerned only with sentential connectives and logical operators (such as “and”, “or”, “not”, “if … then …”, “because” and “necessarily”), as opposed to Predicate Logic, which also concerns itself with the internal structure of atomic propositions.

The Stoic philosophers in the late 3rd century B.C. attempted to study such statement operators as “and”, “or” and “if … then …”, and Chrysippus (c. 280-205 B.C.) advanced a kind of propositional logic, by marking out a number of different ways of forming complex premises for arguments. This system was also studied by Medieval logicians, although propositional logic did not really come to fruition until the mid-19th Century, with the advent of Symbolic Logic in the work of logicians such as Augustus DeMorgan (1806-1871), George Boole (1815-1864) and Gottlob Frege.

Predicate Logic allows sentences to be analyzed into subject and argument in several different ways, unlike Aristotelian syllogistic logic, where the forms that the relevant part of the involved judgments took must be specified and limited (see the section on Deductive Logic above). Predicate Logic is also able to give an account of quantifiers general enough to express all arguments occurring in natural language, thus allowing the solution of the problem of multiple generality that had perplexed medieval logicians.

For instance, it is intuitively clear that if:

Some cat is feared by every mouse
then it follows logically that:
All mice are afraid of at least one cat

but because the sentences above each contain two quantifiers (‘some’ and ‘every’ in the first sentence and ‘all’ and ‘at least one’ in the second sentence), they cannot be adequately represented in traditional logic.

Predicate logic was designed as a form of mathematics, and as such is capable of all sorts of mathematical reasoning beyond the powers of term or syllogistic logic. In first-order logic (also known as first-order predicate calculus), a predicate can only refer to a single subject, but predicate logic can also deal with second-order logic, higher-order logic, many-sorted logic or infinitary logic. It is also capable of many commonsense inferences that elude term logic, and (along with Propositional Logic – see below) has all but supplanted traditional term logic in most philosophical circles.

Predicate Logic was initially developed by Gottlob Frege and Charles Peirce in the late 19th Century, but it reached full fruition in the Logical Atomism of Whitehead and Russell in the 20th Century (developed out of earlier work by Ludwig Wittgenstein).

A logical fallacy is any sort of mistake in reasoning or inference, or, essentially, anything that causes an argument to go wrong. There are two main categories of fallacy, Fallacies of Ambiguity and Contextual Fallacies:

A paradox is a statement or sentiment that is seemingly contradictory or opposed to common sense and yet is perhaps true in fact. Conversely, a paradox may be a statement that is actually self-contradictory (and therefore false) even though it appears true. Typically, either the statements in question do not really imply the contradiction, the puzzling result is not really a contradiction, or the premises themselves are not all really true or cannot all be true together.

The recognition of ambiguities, equivocations and unstated assumptions underlying known paradoxes has led to significant advances in science, philosophy and mathematics. But many paradoxes (e.g. Curry’s Paradox) do not yet have universally accepted resolutions.

It can be argued that there are four classes of paradoxes:

Paradoxes often result from self-reference (where a sentence or formula refers to itself directly), infinity (an argument which generates an infinite regress, or infinite series of supporting references), circular definitions (in which a proposition to be proved is assumed implicitly or explicitly in one of the premises), vagueness (where there is no clear fact of the matter whether a concept applies or not), false or misleading statements (assertions that are either willfully or unknowingly untrue or misleading), and half-truths (deceptive statements that include some element of truth).

Some famous paradoxes include: 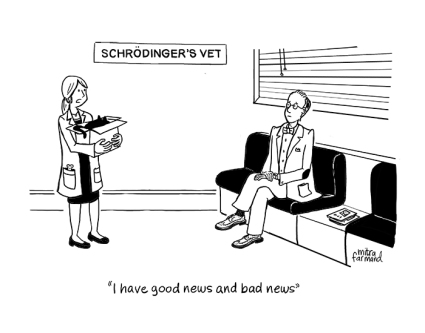