Greek | ἐπιστήμη | the study of belief/knowledge 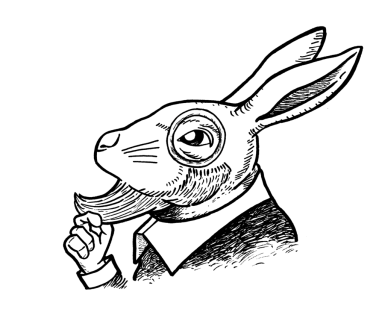 Knowledge is the awareness and understanding of particular aspects of reality. It is the clear, lucid information gained through the process of reason applied to reality. The traditional approach is that knowledge requires three necessary and sufficient conditions, so that knowledge can then be defined as “justified true belief”:


The most contentious part of all this is the definition of justification, and there are several schools of thought on the subject:


Another debate focuses on whether justification is external or internal:

As recently as 1963, the American philosopher Edmund Gettier called this traditional theory of knowledge into question by claiming that there are certain circumstances in which one does not have knowledge, even when all of the above conditions are met (his Gettier-cases). For example: Suppose that the clock on campus (which keeps accurate time and is well maintained) stopped working at 11:56pm last night and has yet to be repaired. On my way to my noon class, exactly twelve hours later, I glance at the clock and form the belief that the time is 11:56. My belief is true, of course, since the time is indeed 11:56. And my belief is justified, as I have no reason to doubt that the clock is working, and I cannot be blamed for basing beliefs about the time on what the clock says. Nonetheless, it seems evident that I do not know that the time is 11:56. After all, if I had walked past the clock a bit earlier or a bit later, I would have ended up with a false belief rather than a true one.

How Is Knowledge Acquired?

Propositional knowledge can be of two types, depending on its source:


Knowledge of empirical facts about the physical world will necessarily involve perception, in other words, the use of the senses. But all knowledge requires some amount of reasoning, the analysis of data and the drawing of inferences. Intuition is often believed to be a sort of direct access to knowledge of the a priori.

Memory allows us to know something that we knew in the past, even, perhaps, if we no longer remember the original justification. Knowledge can also be transmitted from one individual to another via testimony (that is, my justification for a particular belief could amount to the fact that some trusted source has told me that it is true).

There are a few main theories of knowledge acquisition:

What Can People Know?

The fact that any given justification of knowledge will itself depend on another belief for its justification appears to lead to an infinite regress.
Scepticism begins with the apparent impossibility of completing this infinite chain of reasoning, and argues that, ultimately, no beliefs are justified and therefore no one really knows anything.
Fallibilism also claims that absolute certainty about knowledge is impossible, or at least that all claims to knowledge could, in principle, be mistaken. Unlike Scepticism, however, Fallibilism does not imply the need to abandon our knowledge, just to recognize that, because empirical knowledge can be revised by further observation, any of the things we take as knowledge might possibly turn out to be false.
In response to this regress problem, various schools of thought have arisen: